The first day of OutlantaCon is completed. It started when I left home around 10:30 to head to Atlanta. I had considered leaving earlier, but having worked the load out to a concert until 3AM Friday morning meant some sleep was in order, so sleep it was. Then I had to pick up some books from Steve to take with me, and I was on the way by 11AM. The GPS said I would be there by 3:18PM. Well, that sounds great. 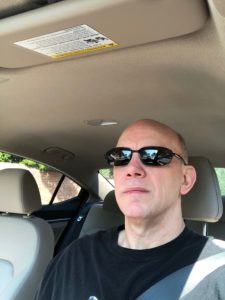 Oh, silly me. Silly GPS. Neither of us counted on the suckitude that is Friday afternoon Atlanta traffic. I mean, I know traffic there is bad, but Friday bumps it up by a factor of 5. So I sat, and I fumed, and I sat some more. And eventually, at 5:20PM, I arrived at the Renaissance Marriott Hotel at the Airport. 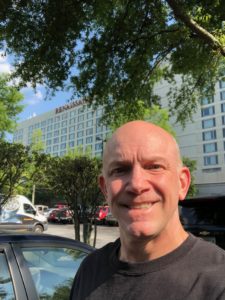 First impressions: Nice hotel, but wow, there’s an airplane outside the window so close I can touch it. I could climb the fence and be at the airport (not that I would climb the fence, so no FBI agents, please.) It’s going to be loud. Turns out, not at all. I can only assume all the runways are at the other end, because I haven’t heard one takeoff. 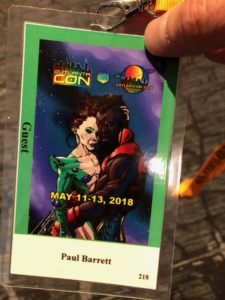 Check-in was a breeze, and that was after I added a night to the room. I was going to stay with a friend, but after braving all that traffic, I didn’t want to leave again. So, checked in and registered, it was time to grab a beer. I am a writer after all. Blue Moon on draft, good stuff. While sitting there I struck up a conversation with Mary, a filmmaker from LA who was considering moving to Atlanta. She mentioned she has a movie that was picked up by Amazon called Carved. So I must check that out.

Then it was time for the panel, which was an author’s version of “Whose Line is it Anyway.” We have a group of about 12 people who came to watch myself and three other authors make fools of ourselves doing improv. I have to say, the skills came back pretty quickly and it was a great deal of fun. Although I can only blame the beer for my doing a forward roll during a skit about daredevils doing stunts on the forest moon of Endor while hunting Ewoks. (Yeah, it was that kind of panel). Everybody seems to have a great time and I scored the most points, which of course means nothing except I get to brag about it. My favorite skit was when I played Count Fuckula, a nemesis to Mike Pence who I confronted at the White House and demand he have sex with Donald Trump. Never saw that on ABC, did you? 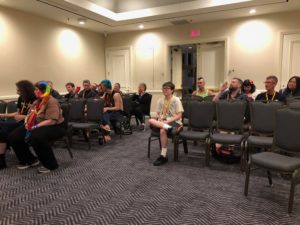 Then it was one more beer at the bar and time to go to bed, since it had been a long day. All in all, a good first fun at the con. But I have to say, if I’m invited back next year, I’ll definitely come down Thursday night to avoid the worst of the traffic. 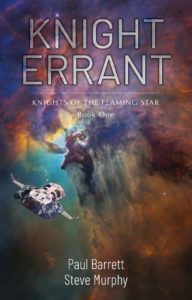 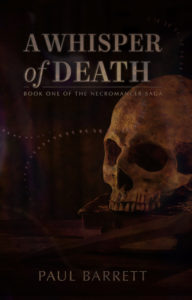 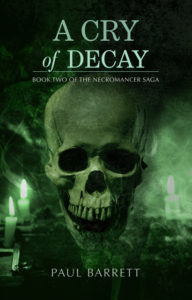 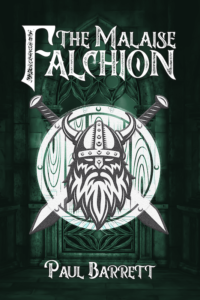 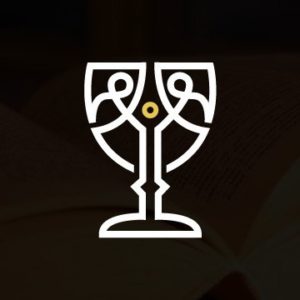